A weekend in Miami & a barrel of Rum

Cocktails For You spend over 9 months a year on the road constantly in search of new ideas, technologies & inspiration to share with all of you bartenders around the world. There is almost no parts of the world we haven't visited in our unending quest for knowledge. So when we were invited to spend the weekend at the Miami Rum Congress in the USA, a part of the world we haven't actually visited, we jumped at the chance to be involved with one of the worlds best cocktail capitols that is directly linked to the likes of Cuba that we had written about before. We'd like to use this this opportunity to give a special thanks to William Hinkebein from ABM brands, Yisell Muxo from Don Q Rum, Daniele Dalla Pola from Esotico Miami & of course Miami Rum Congress for the support & for having us out in Miami.

This was the key event we wanted to visit here in Miami. Established in 2006 by Ian Burrell the U.K RumFest has been a pioneer in elevating the popularity, awareness, and quality of rum in England. Created in 2007 by Federico Hernandez, the US RumLab promotes rum as a lifestyle and educates consumers and spirit industry members. Now the organizations are collaborating to present the 2nd Miami Rum Congress taking place in Miami Beach, Florida. Two-day event focus on rum education and premiumization.

The event featured a boat-load of seminars all centred around the difficult category of Rum as well as a million brands to boot we were torn apart by the sheer choices for us when it comes to where to go & what to do. We attended 2 fantastic seminars during the event that really stood out to us from the others:

1 - So you want to write a Cocktail Book? Summary -Have you ever thought about writing a cocktail book? What do you need to prepare? 3 amazing cocktail book authors share their secrets to publishing a book, and share their favorite cocktail.

This was a stand out seminar featuring Georgi Radev, Shannon Mustipher & Matt Pietrek hosted by Ian Burell. All 3 authors had completely different backgrounds & methods when it came to writing & publishing a book as well as completely different approaches to writing in general. All 3 dealt with the subject of Tiki & Rum culture specifically with a varying perspective on the subject from all different directions. Georgi Radev, owner of Lake Kane cocktail bar in London, wrote his entire book on his mobile phone using an app while commuting on a train to work & back. His book titled "Let's Get Tropical" is aimed at the tiki enthusiast, rum drinker & general consumer audience with easy to follow recipes aimed at being the gateway to the occasionally intimidating world of cocktails bars & spirits. What stood out to us during his speech is that he mentioned that nobody ever writes what it is like to make just regular sugar syrup before going on to make more complicated usual Tiki ingredients. He wants the Tiki culture to be more accessible & fun. Isn't that what its all about in the end? Shannon Mustipher, writer of "Tiki: Modern Tropical Cocktails", talked the pro's & con's of working with a publisher as well as her story of being approached by one in the first place when it came to writing a book. As opposed to Georgi she had a much more advanced approach to writing using an actual computer to write her work but gave very useful tips to help potential authors not get carried away in the process by creating topics, sections & an outline beforehand. She gave a particularly smart tip about payment advances because although they look fantastic anything you take it advance will eat into your profits & then some. Avoid if you can! Matt Pietrek had the most difficult of tasks compared to the other two authors in the panel. He actually self published his book alongside his wife after selling their house in order to fund the entire project. A bold man with a bold vision that told us about the trials & tribulations of the process, the profit that is possible & the dark future of potential failure. Matt's book Minimalist Tiki featured recipes from some of the worlds leading bartenders & especially Rum/Tiki experts. It was funny for him to mention the well known fact of the Bar Industry - Bartenders are NEVER on time! I have to point it out that all 3 authors raised a toast of rum to no one than William Hinkebein from ABM brands to helping make their dreams of writing a book possible. Rum was drunk & all were merry!

Brief: After the success of these seminar at the 2019 California Rum Festival 2019, Rums of Puerto Rico decided to take the education program on tour in 2020. Ramon Diaz (Global Brand Ambassador for Rums of PR) talks with key leaders in the rum industry about the importance of Puerto Rican Rum for the rum category (Yesterday, Today & Tomorrow).

This seminar really blew our mind away in terms of the history of Rum culture & featured the likes of Roberto Serralés from Serralés Distillery in Puerto Rico. What really blew our mind about his part of the history of Puerto Rican Rum in the past with their boundary pushing ideas with regards to rum distillation & setting up the rules that govern Puerto Rican rum production. But what really blew us away was their more recent methods into green power & sustainability.

Don Q rums, made at the Serrallés Distillery in Puerto Rico, has gone above and beyond the call when it comes to sustainability.  In its six generations of rum making, Don Q is the highest selling rum in Puerto Rico, and in 2006 they invested millions of dollars in research piecing together the best ways to give back to the environment.  The project is headed by Roberto Serrallés who came back to the distillery at the request of his father who said he needed help with making their rum process sustainable (Roberto has a PhD in environmental science). So in 2004, he began researching how to make the best rums with the least impact.

Rum is made from molasses, a by-product of the sugar refining process.  It is not a clean product by any means so step two is cleaning it up (step one is the use of molasses since it is a by-product).  The molasses is mixed with water and yeast and is left to ferment (beer). Fermentation is a chemical reaction that creates alcohol and CO2.  The fermented mash is then sent to be distilled.  But what about the CO2?  It is captured and sold to local soda producers for carbonation.

During distillation, water is removed from the “molasses beer”, which has a ton of organic and inorganic impurities mixed in.  The water is combined is an air tight chamber with anaerobic digesters (bacteria) which take out about 70% of the bad stuff out of the water.  The chamber is air tight so the biogas let off from the little digesters can be captured and used to power the steam generator that run the stills.  This cuts down the dependency on oil fuels by over 50% (we are talking about 1 millions gallons of saved fuel!).  And just before the gas heads to the still it is passed through a turbo-generator which producers electricity for the distillery.

The next step on the water is polishing which brings the waste water to a usable water for irrigation.  According to Roberto, the wastewater starts with about 35,000 parts per million (ppm) of gunk and junk.  After treatment, the water contains only 150 ppm 0.00015%) which makes to safe for agricultural irrigation.  To give a perspective on this, the standard amount of sanitizer in a bar sink is 200 ppm. 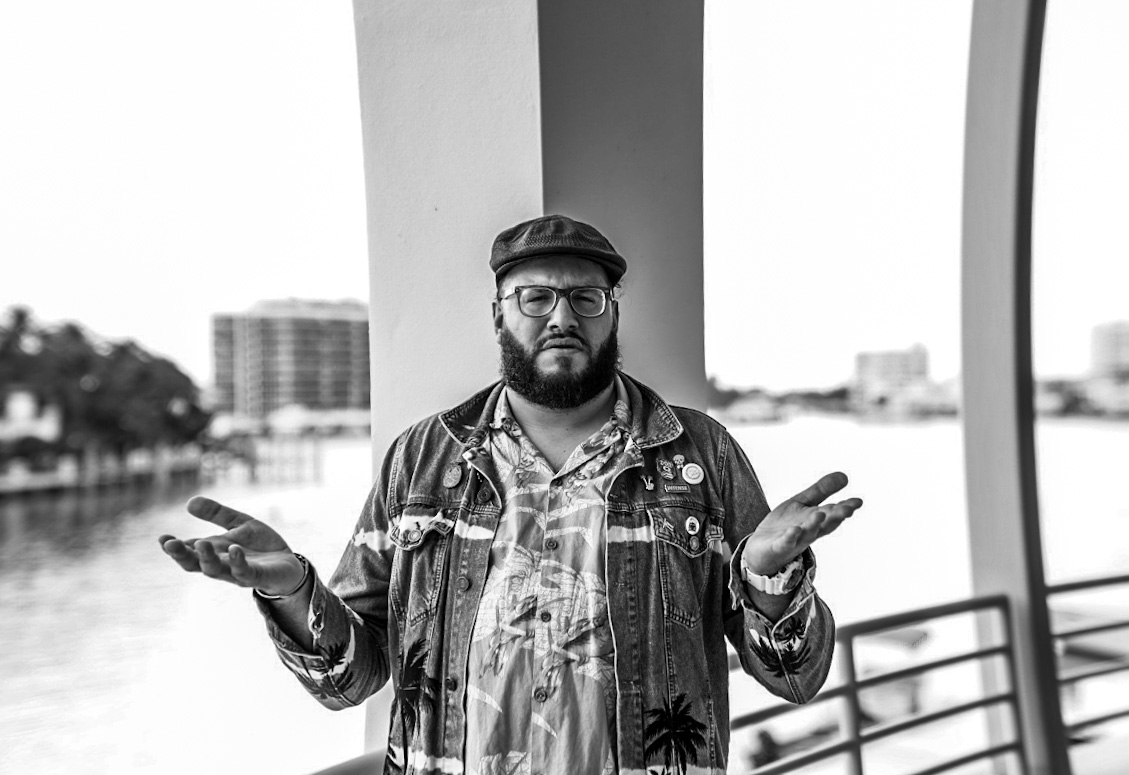 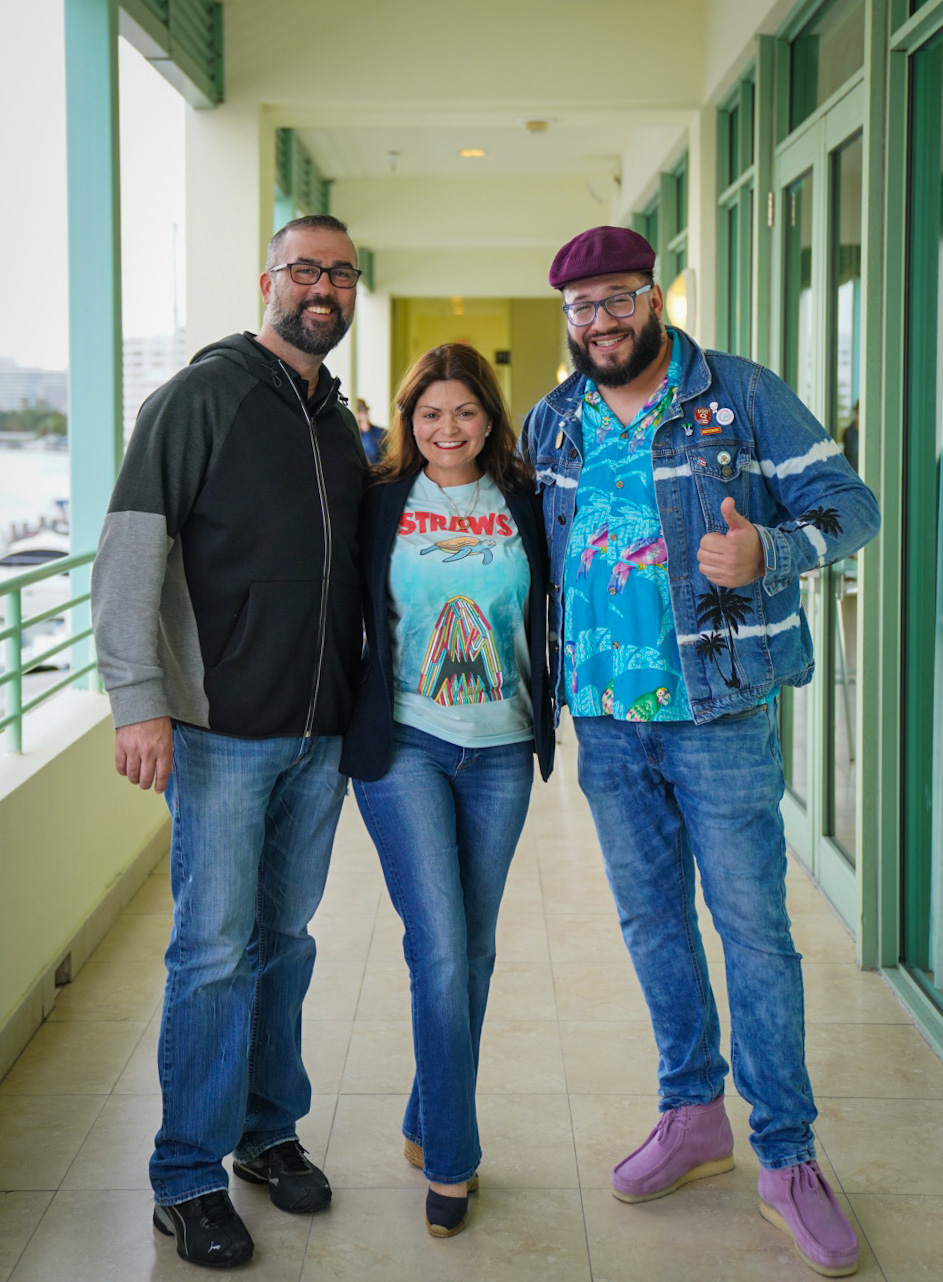 Our coverage of the trip would not be complete without mentioning Esotico Miami, Daniele Dalla Pola, Jeff 'Beachbum' Berry's seminar on Punch & the Don Q dinner we had there. This venue is nothing short of a Tiki & Rum temple in Miami spearheaded by one of the modern legends of Tiki. This wonderful cocktail bar held host to a Don Q Rum Dinner with the Master Blender of Don Q Rum as well as an exclusive seminar by Jeff 'Beachbum' Tiki on the history of the Planter's Punch & specifically around Jamaican cocktails

About the venue itself. It has all the trappings of a traditional Polynesian cocktail lounge with a fun, Miami twist. The indoor/outdoor space is verdant and sweeping, with lots of neon accents and palm fronds (both real and printed on wallpaper) that skew more South Beach than South Pacific. Though rum—the hallmark of any good tiki bar—abounds in more than 200 varieties and used in nearly all the mixed drinks you’ll see served in the signature tiki vessels. (If you find yourself tempted to steal one of the adorable mugs, they’re actually for sale.) The cocktail menu contains an assortment of creations influenced by tiki-cocktail history. The drinks are broken down into categories that include signature drinks, limited-edition mugs, large-format cocktails, and sections dedicated to Negronis, rum flights, gin and tonics, mocktails, and beer. Think drinks like the Nu Mai Tai made with three different types of rum, passion fruit, and a “very secret ingredient,” or the large format Missionary’s Downfall with rum, brandy, pineapple, and mint.

The seminar by the Beachbum was one hell of a notorious tide into the intriguing & confusing history of punch throughout the ages. From its glorious past in India from which the word itself finds its origins to the modern era of Punch drinking from the big bowls to the small ones. Some of the highlights of this seminar include the apparent consumption of Punch by the likes of the Nazi's during WW2 on the North-African campaign. We tried some delicious cocktails in the process curated by the likes of Beachbum & executed by the team at Esotico. They were absolutely delicious! 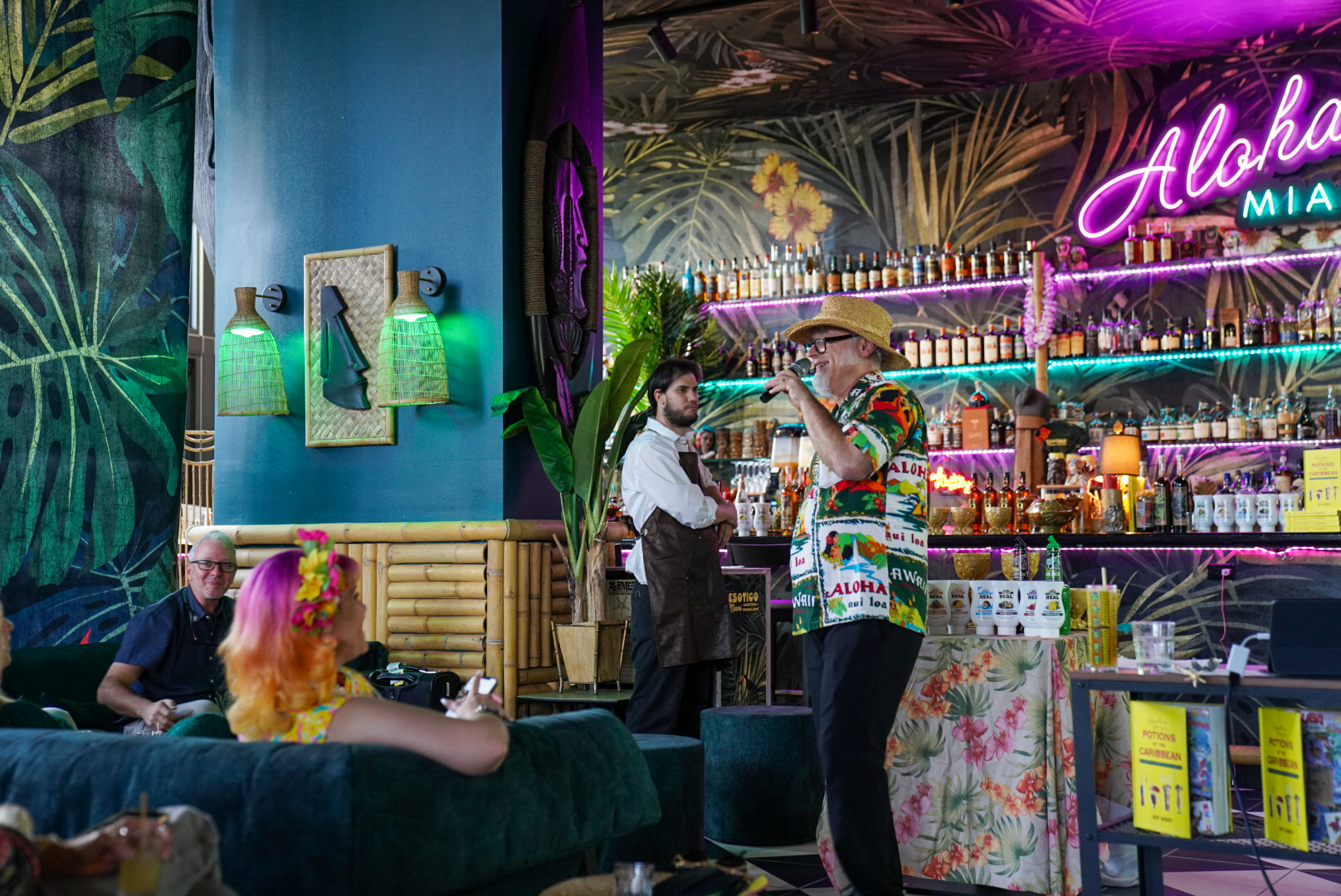 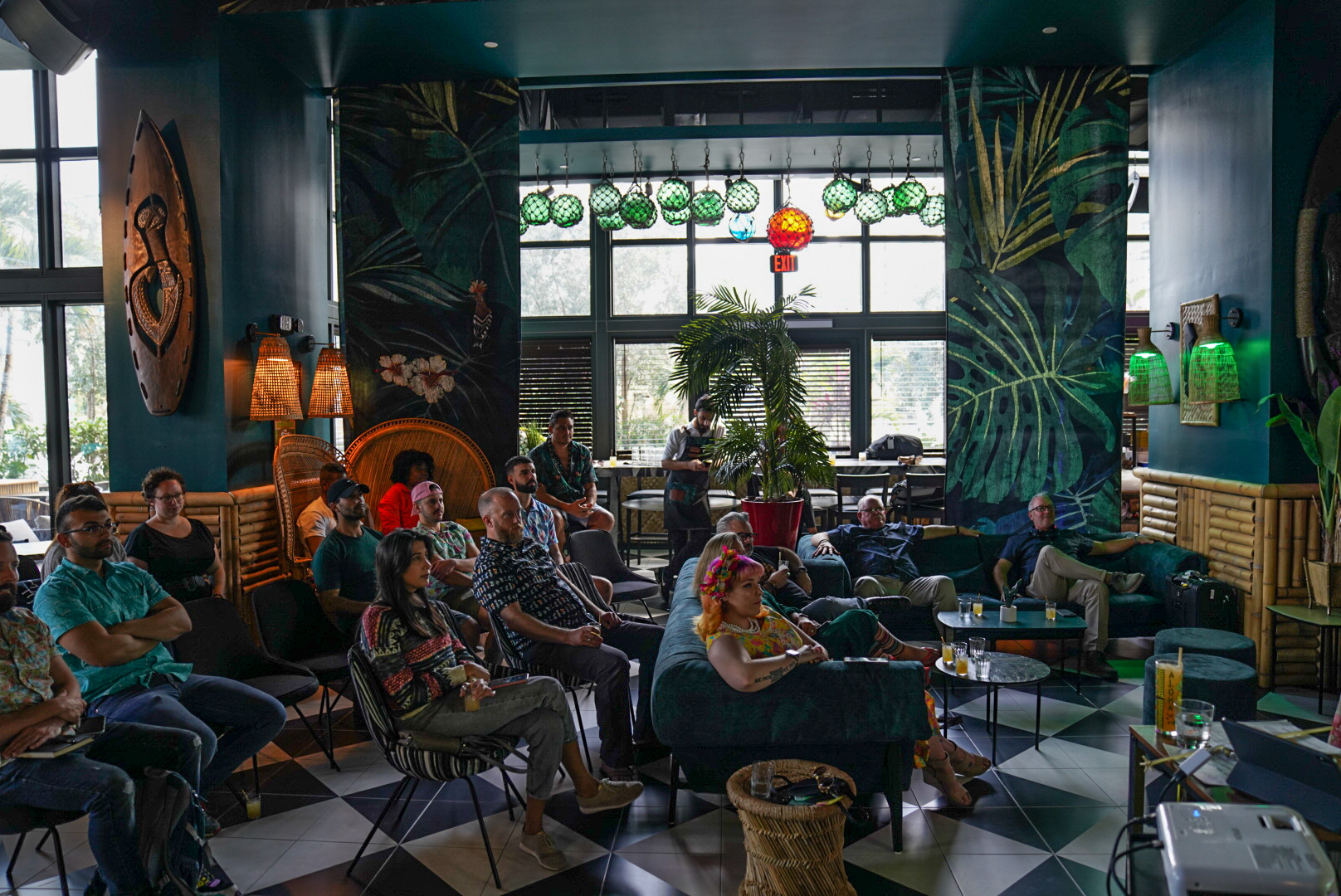 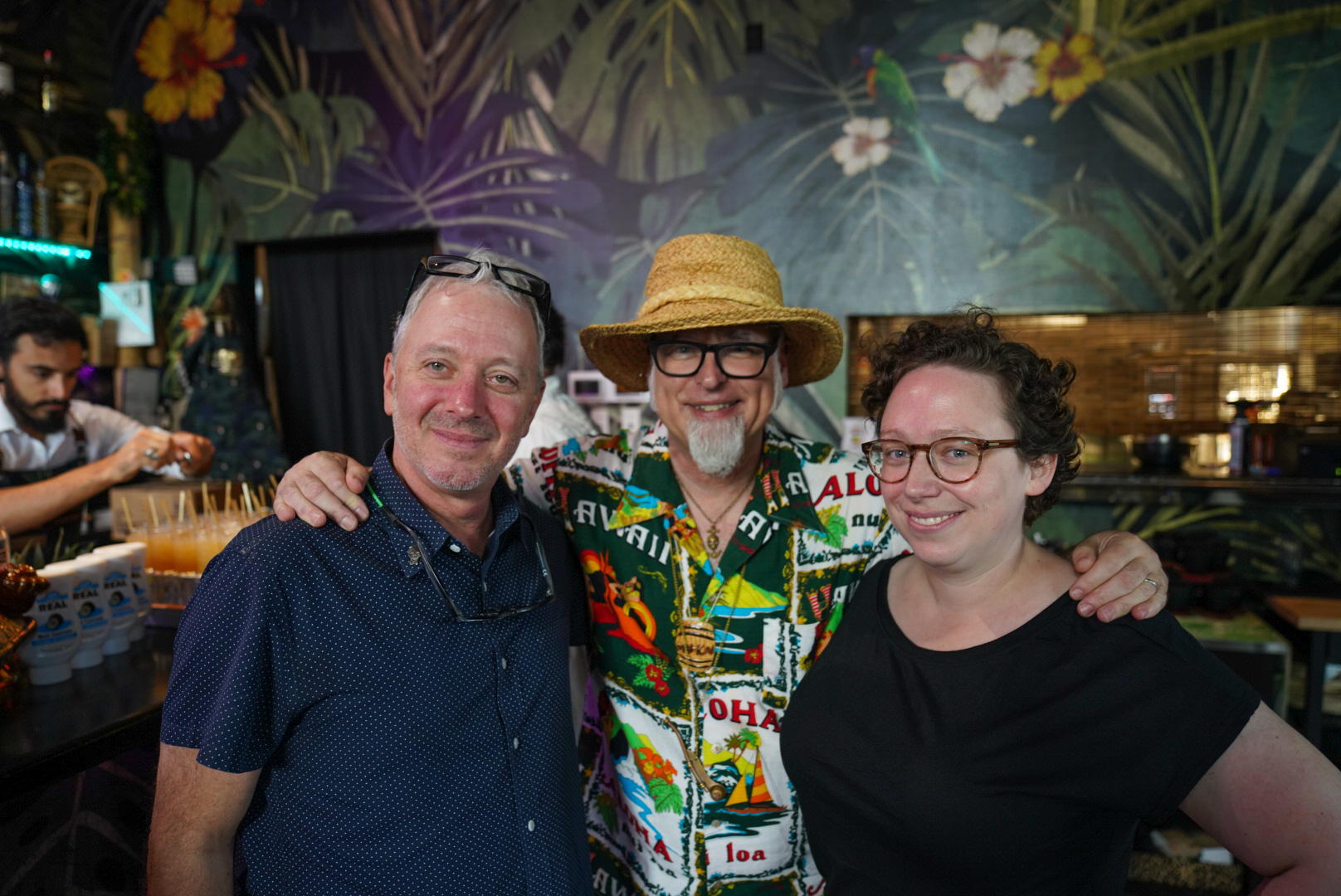 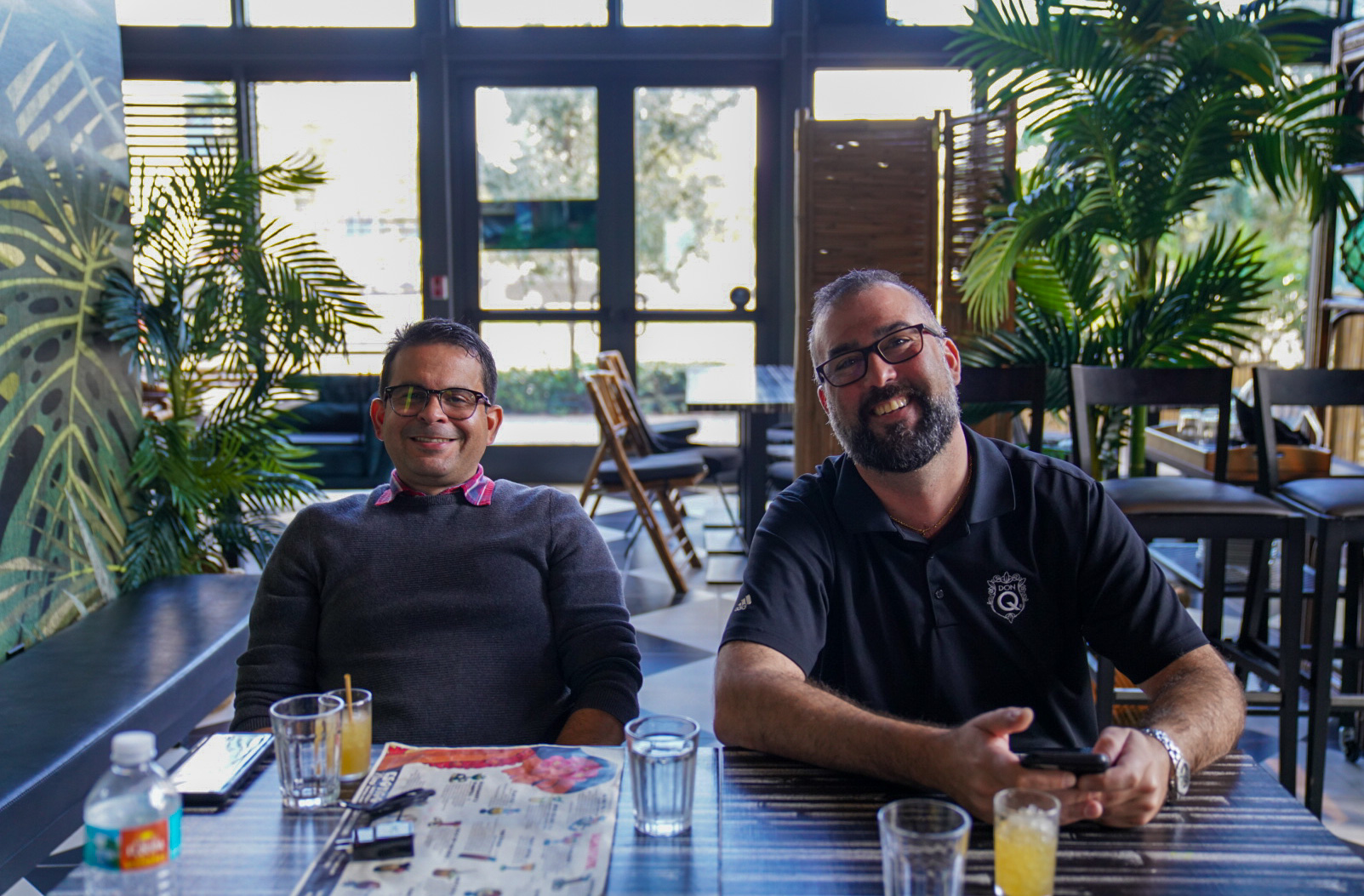 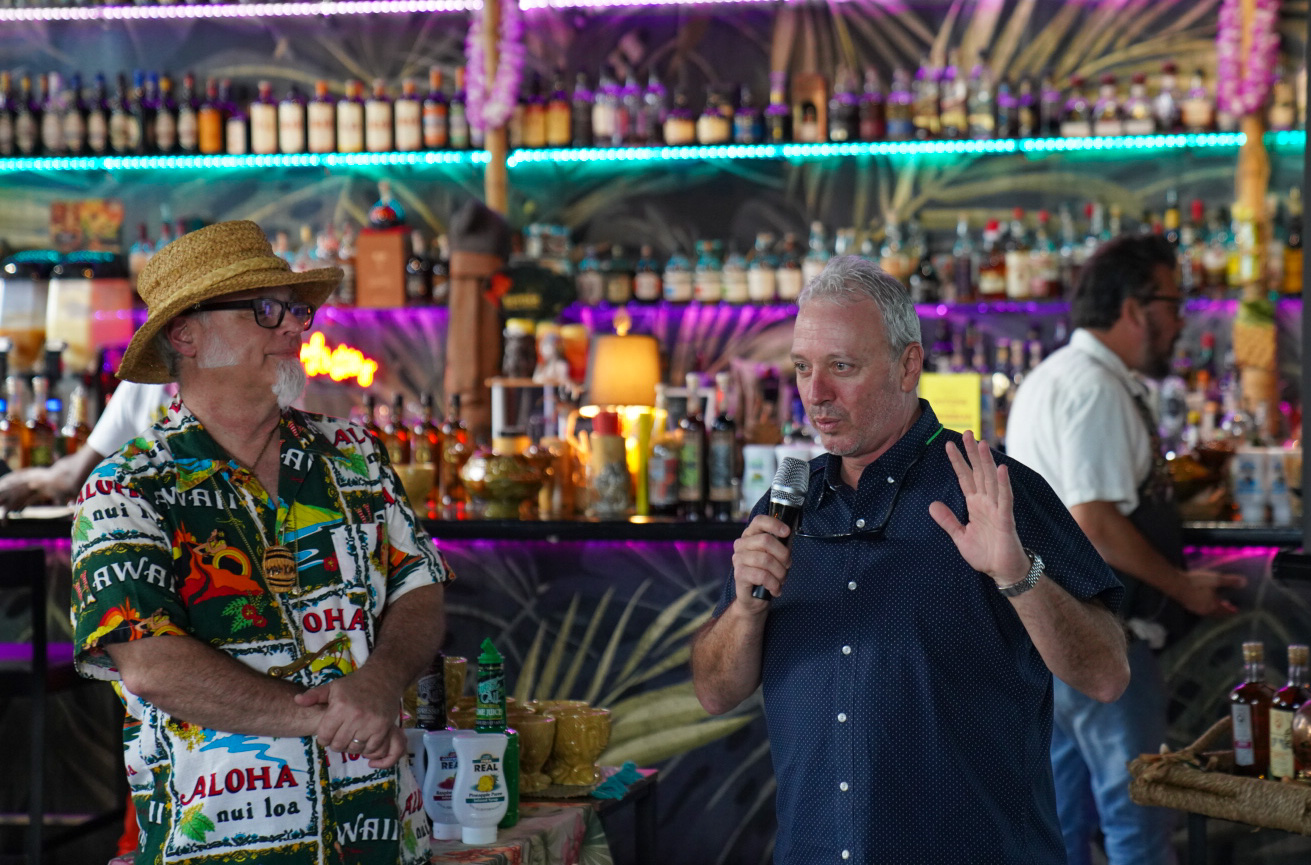 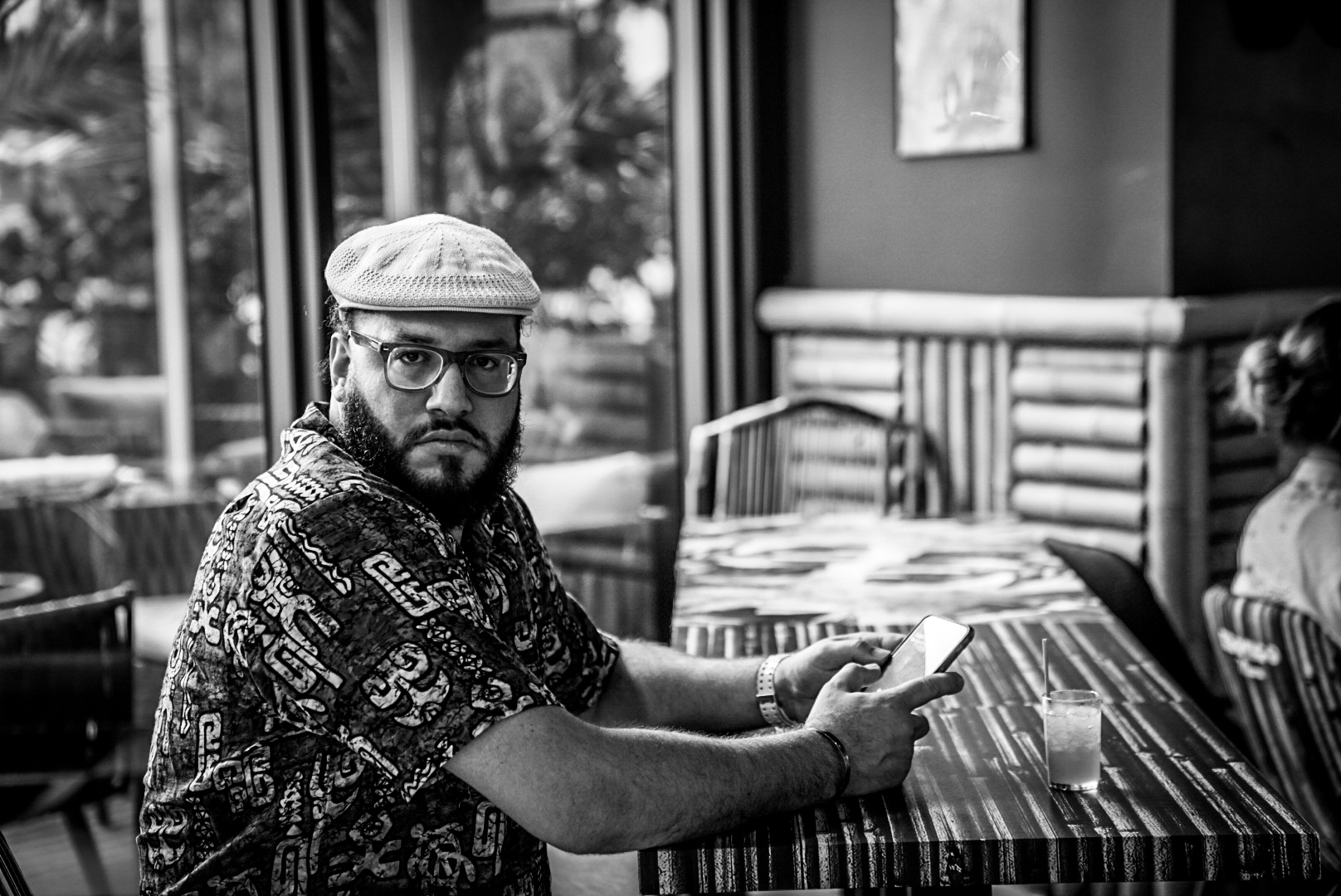 The entire weekend was finished off with a very intimate family dinner hosted by Jaiker Soto who took us through the entire premium range of Don Q Rum's paired with bespoke dishes from the Esotico Miami kitchen. The curve ball here were the inclusion of Rum in some of the dishes themselves as well as the specific flavour combinations. A stand our was the whole whole fried snapper & the rum-infused chocolate mousse. Each of the dishes was paired with either the vintage Don Q expressions from 2005, 2007 & their new 2009 as well as their Gran Anejo standard lineup. It was a 'tough' dinner to finish off all those Rum's in the process but someone had to do it! Cocktails For You were definitely up for the task.

Before we finish I'd like to mention a little something about the Don Q 2009 edition. Serrallés Distillery showed the third member of its collection of Unique Barrel rums and limited special edition. The new 2009 edition of Signature Release Single Barrel rums highlights a mixture of aged rums in a single barrel since 2009 and then bottled, in 2019, in American white oak barrels. “In this third edition of the Don Q Signature Release Single Barrel 2009 collection, we share a rum with a unique and elegant personality that in view has a bright mahogany color with amber sparkles, formulated directly from the barrel from a single aged reserve for nine years with precision and passion, ”said Roberto J. Serrallés, vice president of business development for Destilería Serrallés, part of the sixth generation of the company.

Grow Your Own Cocktail